The annual Eagle Watch season is on at Verde Canyon Railroad December through May.  Resident bald eagles are seen throughout the year.

Interspersed open-air viewing cars offer the best opportunity to spot a bald eagle in the wild. Soaring over their winter habitat along Arizona’s perennial streams and rivers, America’s bald eagles inspire all with their majestic appearance and graceful acrobatics. 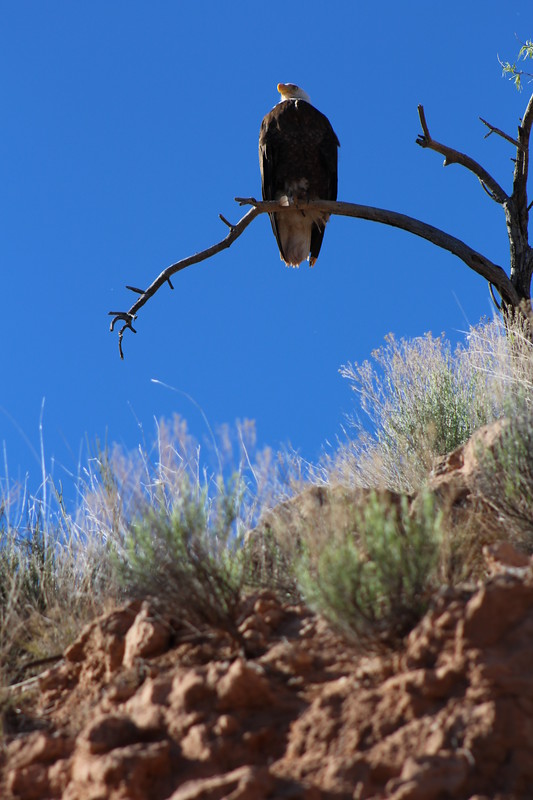 Nesting season along the Verde Canyon Railroad begins in November with the return of migratory raptors which expands the resident population during the winter months. This primetime eagle season features an abundance of high-flying activity as the birds jockey for territory, mates and nesting locations.  Most of the access points to the Canyon are closed to the public during the breeding season, the exception being Verde Canyon Railroad. The train has rumbled through this ravine for over 110 years and poses no distraction to these avian inhabitants, their many generations accustomed to the iron horse’s daily appearance along the river.

Catch a glimpse of our national symbol in its natural landscape, flying free in the big western sky along red sandstone cliff faces and diving into the cool green river waters to snatch a fat fish to feed its eaglets. Eagle watchers can snag some treats of their own during the rail trip with freshly-made hors d’oeuvres washed down with our classic prickly pear margarita. 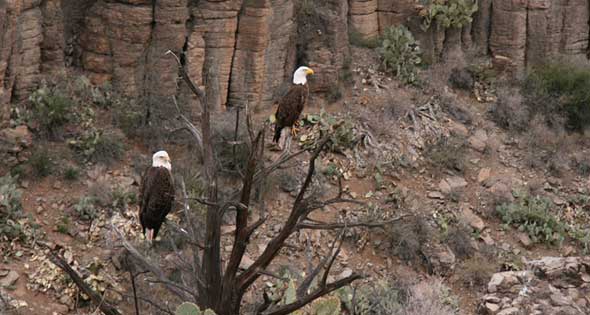 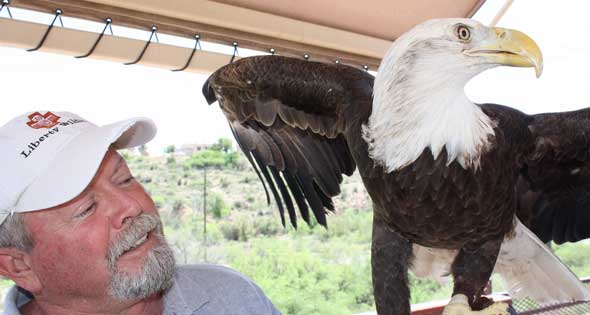