Spring in Bloom with Bunnies, Eaglets and Wildflowers along Verde Canyon Railroad

This time of year the high desert awakens from its seasonal slumber, bursting with new life along the rails. Ancient cottonwoods sprout with fresh foliage, shading baby eaglets in their nests.  A crescendo of wildflowers begins in March with low-growing locoweed in delicate purples and whites, arching taller towards the sun as the golden Desert Marigold and orange Globemallow take the stage in April. Prickly Pear Cactus flowers arrive in May , their waxy yellow blooms later giving way to rich red fruits. Open-air viewing cars make a wonderful vantage point for wildflower viewing, especially with Prickly Pear Margarita in hand. As spring edges closer towards summer, creamy white yucca blooms sway in the breeze along the rail route.

Springtime welcomes favorite annual highlights such as newborn baby eaglets and  the ever-popular Easter Bunny Express.  The Black-tailed Jackrabbit, a Verde Canyon resident, may be one of the largest hares in North America but he’s got nothing on Verde Canyon Railroad’s resident rabbit, the Easter Bunny. On Saturday, April 16th, depot guests enjoy hugs, candy and photo-ops with the mischievous hare.  The fun continues onboard as the winner of the jellybean counting contest is awarded a giant jar of candies to take along on the ride. 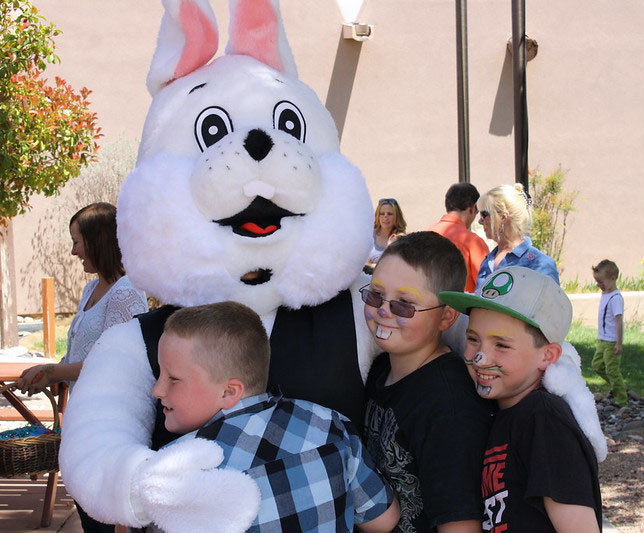 We first rode the train almost 10 years ago. Last weekend we took our grandkids for the raptor ride. They loved it. Everyone we interacted with, at the station, the gift shop, cafe, museum, or on the train was wonderful. So helpful, and cheerful. Can't say enough good things about our experience. 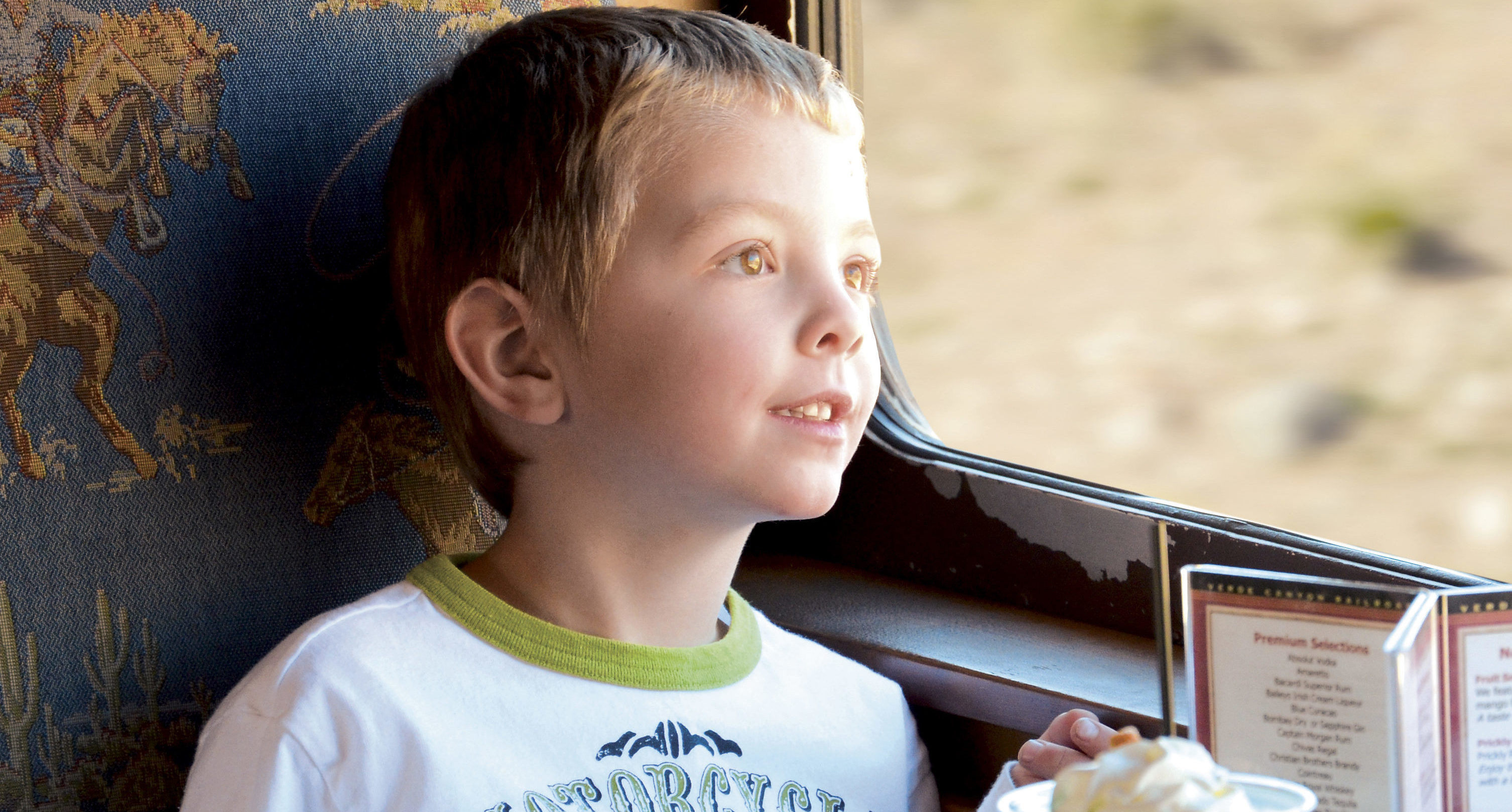 Jane ClarkeCornville, AZ
Just a note to express our appreciation for the delightful ride on the train ... and the travel industry discount. We're back in Florida but while still in Arizona we recommended the train to several people. We'll send our agents flyers, and every effort to promote this. 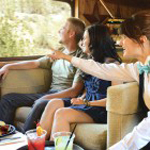 Carolyn ClarkTravelstars International
I wanted to say thank you for all of your hospitality! We could not have asked for a better place to share such a special moment in our lives. Everyone was incredible and helped me tremendously throughout the day! My fiance, Zara, was very surprised and it would not have been possible without everyone's help on the train. 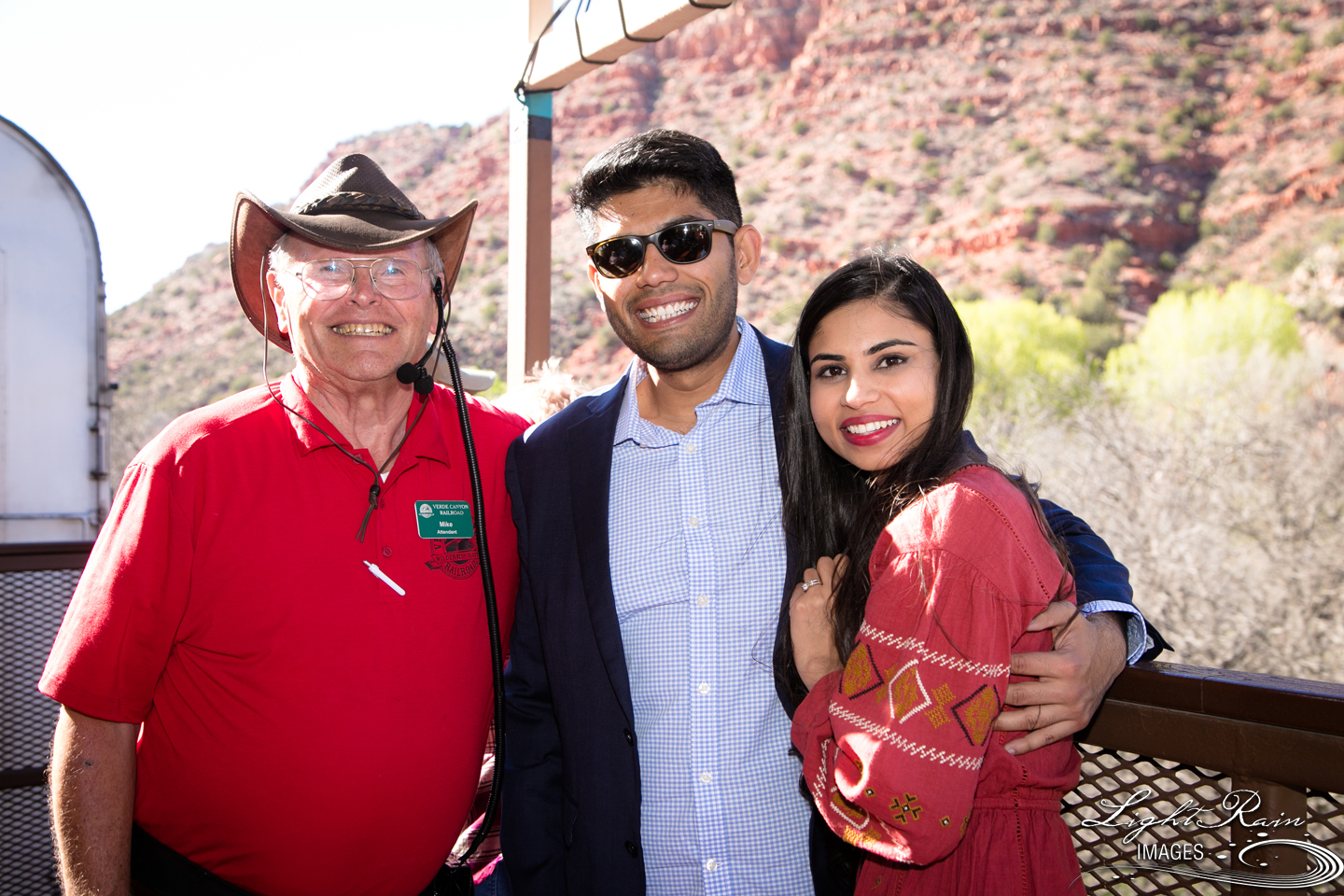 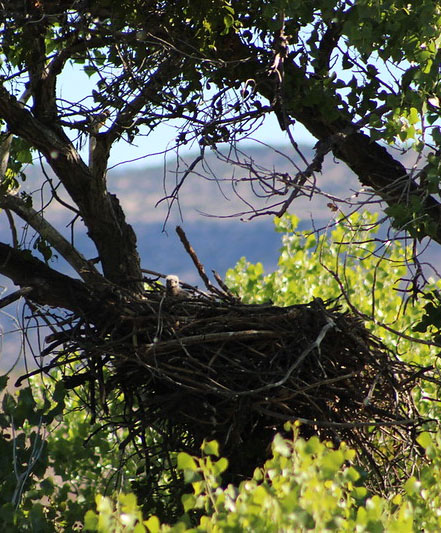 Accessible only by these heritage rails, the Verde Canyon’s  rare riparian area comprises only 2% of Arizona landscape. Operating since 1912, the Railroad is right at home within its wild corridor, sharing the Canyon with javelina, mule deer, elk, coyote, bear, heron, turkey, bald eagles and a wealth of resident and migrating raptors. Bald eagles generally nest along the Verde River from mid-winter to late spring.  With their keen eyes they fish the waters of the Verde and build legacies along its remote and protected banks. Winter is the best time to catch a glimpse of our nation’s symbol in all its glory, soaring alongside the train. Nests are built in preparation for the eggs that generally arrive in late January. Eaglets appear February-end or early March, watched over by ever-vigilant parents who demonstrate the meaning of the phrase “eagle-eyed.”

The train provides a comfortable and exciting journey as it travels a leisurely four hours from the charming Clarkdale depot to the ghost ranch at Perkinsville and back. Awe-inspiring rock formations, historic trestles, a 680-foot tunnel, ancient cliff dwellings and soaring raptors are just a few of the trip’s many highlights. First-class cars boast plush seating, complimentary appetizers and a full-service bar. Coach offers vintage Pullman-style seating, panoramic windows and snack bars. Everyone has access to open-air viewing cars. 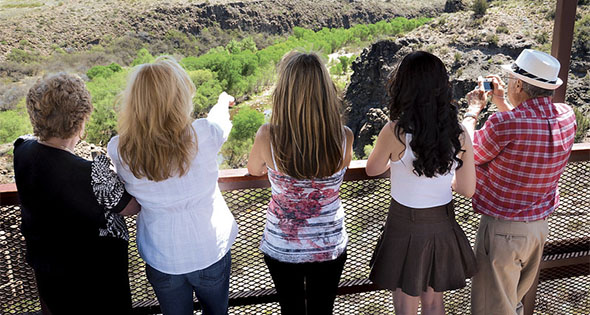 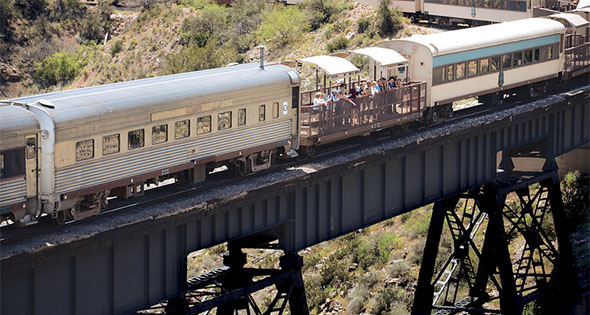