Be an Engineer for a Day at Verde Canyon Railroad
Posted by Teresa Propeck on March, 3 2016 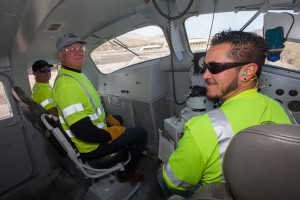 It has long been any five-year old’s favorite dream, inspired by tiny tracks linked together and a miniature locomotive circling the room. The child imagines he is behind the controls of a life-size train, its majestic presence powering through a beautiful, mountainous landscape. Imagination is no longer required for this life-long dream, as Verde Canyon Railroad has made it a new reality. For the first time ever, after 25 years of requests from eager rail fans, Verde Canyon Railroad is offering an “Engineer for a Day” program.

Traveling on a heritage rail line completed in 1912, Verde Canyon Railroad offers a rare glimpse of American history preserved in a riparian red rock canyon. It’s an America hewn rough from metal and rock, muscle and sweat; an America of wide open wilderness and big blue sky. The guest crewmember starts the day in authentic railroad garb, assisting the Verde Canyon Railroad’s brakeman and engineer in their daily preparations for the passenger train’s departure from the Clarkdale depot. The train crew shares insider information on safety, history, colorful railroad terminology and the day-to-day procedures that have kept this successful tourist excursion train rolling through the wild and scenic Verde Canyon since 1990.

A lunch from the Copper Spike Café is provided prior to the train’s departure, at which time the guest crewmember will climb high into the cab of one of Verde Canyon Railroad’s rare and classic 1953-built General Motors EMD FP7 locomotives, to be seated between the engineer and the conductor. Rail fans around the world are well aware of the quality and rarity of these 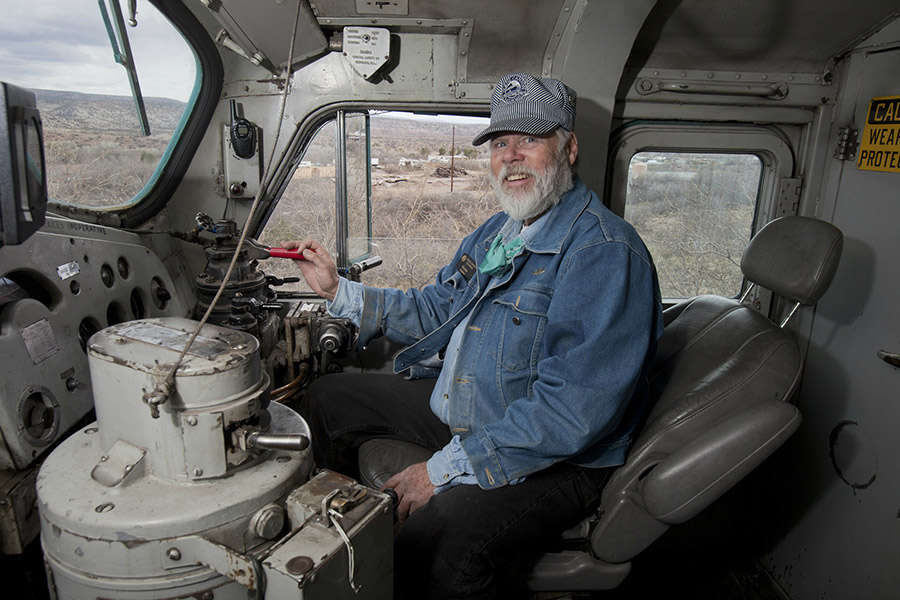 special “covered wagons.” There are only 10 FP7s left in operation in North America and Verde Canyon Railroad is home to two of them, #s 1510 and 1512. Sublime views fill the windshield of the vintage locomotive, sitting ahead of a pair of 1,500 horses powering this popular rail excursion through the curves of the canyon. At the midway point at Perkinsville, the guest crewmember joins the brakeman in detaching and reconnecting the locomotives for the return to Clarkdale, or as they say in track terms, “pinching it down, letting the knuckle loose and lacing it back up, giving the green light back to the tie-up point.” Upon return to the depot at 5:00 p.m., guest crewmembers are awarded a special certificate of completion and a framed photograph to commemorate the day.

The working for a railroad experience starts with candidates passing a background check, completing a safety rules exam, and having the stamina to perform such tasks as climbing up into the locomotive, assisting with coupling cars and other railroading tasks.

An easy day trip from nearby Sedona, Verde Canyon Railroad is the stuff of dreams come true for rail fans and nature enthusiasts alike.