Great Event for Nature Lovers of All Ages

Visit www.libertywildlife.org to learn more about these amazing creatures. 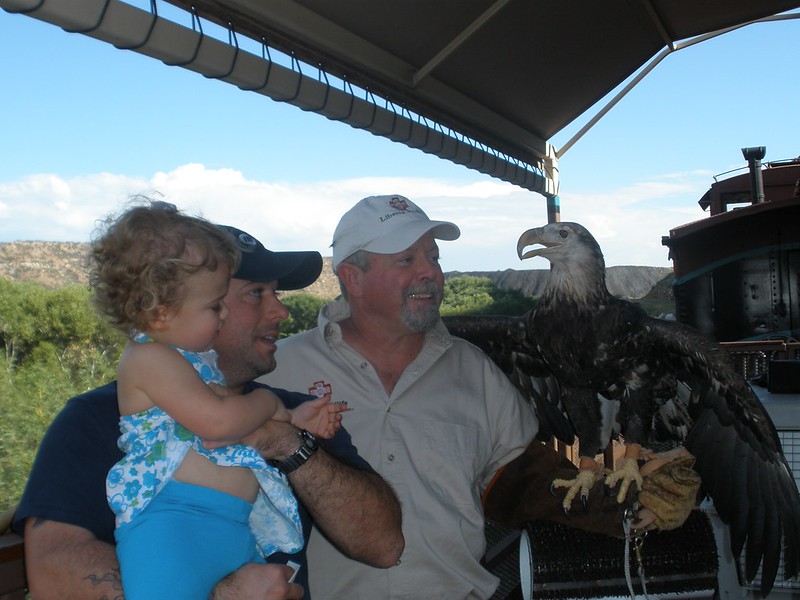 Raptor Presentation Onboard the Train

Get up close and personal with Sonora, the only bald eagle in the world that regularly enjoys a train ride. She was injured in the wild and, unable to return, Sonora has become an educator and a symbol of Verde Canyon Railroad’s promise to protect its Canyon and its inhabitants.

Raptor and Reptiles at the Depot

Liberty Wildlife handlers present a variety of raptors and native “critters,” on the patio prior to the train’s departure on several Saturdays through the year. The knowledgeable volunteers are there to answer questions and pose for photos during the depot presentation. Presentations are open to the public from 11:00 a.m. to 12:45 p.m.. 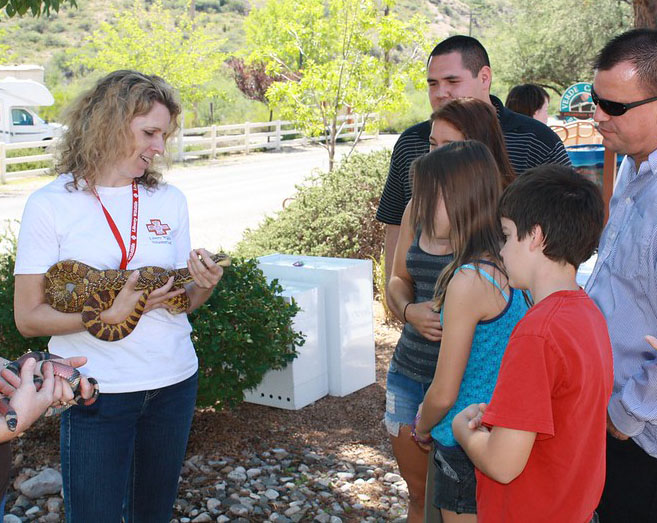 Raptors on the Rails and Raptors at the Depot are crowd favorites several days each month thanks to the educational efforts of Scottsdale’s Liberty Wildlife.

As breathtaking as it is to see an eagle in flight, a face-to-face encounter with a raptor is equally as astounding. Everyone has the opportunity for personal interaction with these majestic creatures either onboard the train or at the depot.

It’s all part of the journey aboard Verde Canyon Railroad.

RAPTORS AT THE DEPOT

** Reptiles at the Rails

RAPTORS ON THE RAILS

December – Flurry the Magical Christmas Journey Eagle will greet everyone prior to train ride to the North Pole.

Liberty Wildlife is located at 2600 E Elwood, Phoenix, AZ 85040. They have regular visiting hours open to the public, as well as special events scheduled year-round. Visit www.libertywildlife.org for more information. 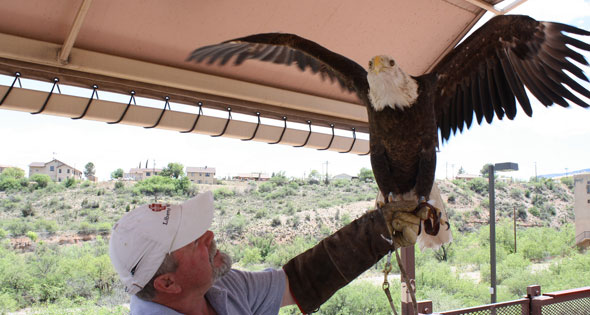 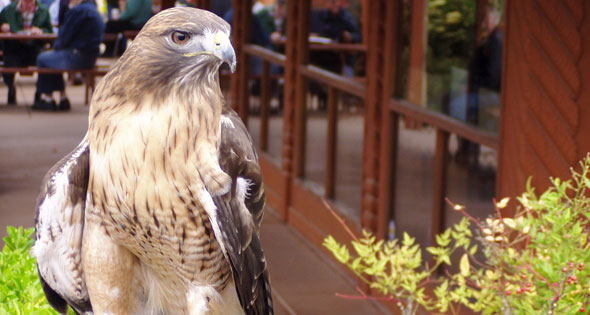